In the spring of 2014 I received an email out of the blue from someone unknown to me asking if I’d like to take part in the upcoming Newport Folk Festival.

Wondering if this was for real, I searched the web for the name of the sender. To my surprise he was a member of a band I greatly admired, The Decemberists. I responded and shortly thereafter we spoke on the phone about what this was all about. With the recent death of Pete Seeger it was decided that there would be a more traditional set of performers at the upcoming festival under the title “For Pete’s Sake” in addition to the more prevalent pop nature of recent acts.

Along with a number of other tradition musician, who each gave a 45-min set of presentations, I presented a set of pieces on the hammered dulcimer conveying the diversity of pieces that are possible on the instrument. The reception by the audience was overwhelmingly positive. In addition to playing music, the host posed a number of questions, interview style, as a way to give those in the audience more of a background on the dulcimer and how I became involved with this less common traditional instrument.

Once my set was over I had a full-access performers pass allowing me to enter any area accessible to any other performer. There was plenty of food available to all performers. I was able to watch any of the performances from backstage so I could avoid the huge crowds. It was a wonderful, unexpected gig that I enjoyed thoroughly. 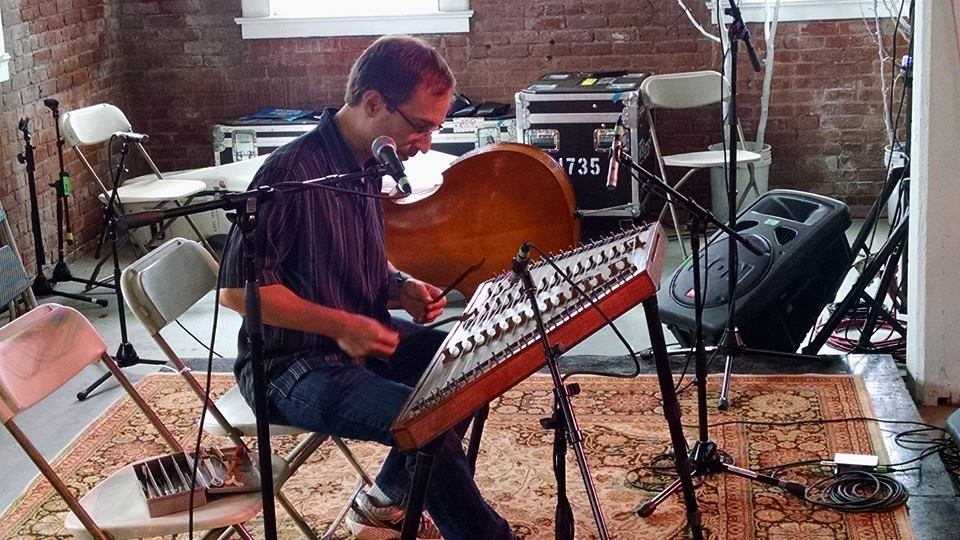 Performing on the traditional music stage at Newport.